A hotel in Kukatpally, Telangana was fined INR 5000 after a resident found a piece of iron wire in the biryani and the curd rice that he ordered. Srinivas Bellam placed an order for food online from Zomato from Raja Vari Ruchulu in Kukatpally on 15 January, 2020. “While eating biryani, I felt something odd in my mouth. When I removed it I realized it was a piece of iron wire. The food delivery team responded by apologizing and offered a discount instead,” said Bellam.

Dissatisfied with the grievance redressal on Zomato, he filed a complaint through the My GHMC app and Twitter. “Within a day, the health team visited the hotel and imposed a fine,” he said while also saying that he would lodge a complaint regarding the same with the consumer forum.
The Food Safety and Standards Authority of India (FSSAI) last year issued revised guidelines that directly impact online food and grocery operators such as Grofers and BigBasket as well as food delivery platforms like Swiggy and Zomato.
Food products offered for sale at the online platforms are liable to sampling at any point in the supply chain. Companies will also need to provide an indicative image of the food on their platforms so that consumers can recognise the product. All mandatory information mentioned in the Food Safety and Standards (FSS) Act, 2006will also have to be provided to consumers before purchase and only fresh food should be delivered to consumers.
“With increasing use of ecommerce platforms by consumers, the guidelines are aimed at stepping up vigilance on safety of food provided to consumers,” FSSAI Chief Executive Pawan Agarwal said. “These guidelines will help in building confidence in the ecommerce food business sector and increase its credibility.”

Tamilnadu State Food Safety Department officials on Tuesday temporarily cancelled the kitchen licence of Murugan Idli Kadai after finding that the kitchen was not hygienic.

Speaking to Express, a food safety official of Tiruvallur district said, “The food is being supplied from the kitchen at Ambattur Industrial Estate to around 23 outlets of Murugan Idli Kadai. We inspected the area and found fault in the functioning of the kitchen. So, we gave 50 days time to rectify them. But, they failed to do. Again, we issued a show cause notice, but they did not  rectify then also. So, we cancelled the licence temporarily. If they rectify those defects and come to us, we will revoke the cancellation of licence after inspection”.

The official further said, “We noted 10 main defects like flooring of the kitchen was damaged, washing area also not maintained well. Packing items were not handled properly. Temperature in storage coolers was not maintained. The kitchen was not hygienic”.

Meanwhile, the officials also issued notice to Murugan Idli Kadai outlet at Parrys based on a complaint.
“ I went to Murugan Idli Kadai outlet on Friday and ordered for meal. While eating, I found a worm in the rice. When asked about it, an in-charge of the outlet said, the food was not prepared there and it was brought from the kitchen at Ambattur. So, the worm would have entered the food while on transit. Then, I filed a complaint with Food Safety Department through their Whats App complaint number,” said, T R Prabhakaran.

Following the complaint, the officials inspected the outlet at Parrys and issued notice. “We found that the workers had no medical certificate, also periodical pest control is not done. There were also other faults. So we issued notice,” said an Food Safety Official of Chennai district

Like Loading...
By PesPro
The government has collected over Rs 50 crore as a penalty in convicted cases of food adulteration in the last three financial years.

A penalty of Rs 38 crore has been collected from Uttar Pradesh.
The government has collected over Rs 50 crore as a penalty in convicted cases of food adulteration in the last three financial years. In 4,590 cases of food adulteration, the state of Uttar Pradesh has paid the highest amount of penalty in this duration. A penalty of Rs 38 crore has been collected from Uttar Pradesh. Madhya Pradesh, Goa, and Tamil Nadu are the other states where the rate of food adulteration is high. Over 60 per cent of the total convicted cases of food adulteration in India were from Uttar Pradesh in 2017-18.
“States undertake regular monitoring, inspection, and sampling of food items to check the compliance of the prescribed standards and take penal action in cases where the food products are found adulterated, misbranded or are of inferior quality,” Danve Raosaheb Dadarao, MoS, Ministry of Consumer Affairs, Food and Public Distribution, said in a reply to a query in Lok Sabha.
Food adulteration refers to a food product that fails to meet legal standards. It can lead to many harmful effects on health. Not only toxicity, but it can also make the body paralysed or lead to death. This makes it very important to detect adulterants.
Around 68.7 per cent of milk and its products sold in India did not follow the FSSAI standards, said a member of the Animal Welfare Board of India last year. Heart failure, liver disorders, kidney disorders are a common consequence of toxic adulterants. Adulterated food also hinders the nutrients and can make the body nutritive deficient.
Food Safety and Standards Authority of India (FSSAI) has set up standards to ensure safe and nutritious food to the consumers through various regulations under the Food Safety and Standards Act. Implementation and enforcement of these standards is primarily the responsibility of state governments, said Danve Raosaheb Dadarao. The minister further informed that the states regularly monitor, inspect and collect samples of food items and wherever the prescribed standard is not followed, the penalty is imposed.

Dehradun Municipal Corporation (DMC) and the state food safety department, in a joint operation on Saturday, conducted a raid on an outlet of fast food chain Kentucky Fried Chicken (KFC) situated at Rajpur Road and imposed a fine of Rs 5,000 for “poor cleanliness in the kitchen and premises.” The food safety department has also collected food samples from the outlet which have been sent to a drug testing laboratory in Rudrapur.

Speaking to TOI, municipal health officer Dr RK Singh said that the raid was undertaken under the leadership of Ramesh Singh, food safety inspector, Dehradun. “The outlet was picked up on a random basis for inspection as part of a routine drive to ensure that cleanliness standards are being followed by eateries in the city. However, we found that the outlet wasn’t disposing food waste properly for which we imposed a fine of Rs 5,000 on them,” he said.
Further course of action against the outlet will be determined on the basis of the sample test results, which are expected to come within two weeks, the official added.
“The outlet’s staff alleged that they get non-vegetarian food items delivered from New Delhi but failed to produce the pay receipts and the licence required for the same,” Dr Singh said.
When queried about the matter, an employee of the outlet who requested not to be identified denied that there were any cleanliness issues. “We often take our customers for a kitchen tour, so how can we let our kitchen remain dirty? It was just a miscommunication that happened. The issue was actually pertaining to the garbage disposal slip that is filled by the DMC’s garbage pick-up workers. Also, we will produce the documents related to the procurement of non-vegetarian food items on Monday. Some of the pay slips were not in our direct possession when the raid took place,” he said.
Last week, the food safety department had also filed a case against three prominent bakeries in the city, in the additional district magistrate court as the food samples collected from the bakeries were found to be substandard.
“We had also conducted raids on some milk dairies in Patel Nagar on Thursday and their food samples, too, were sent to the Rudrapur lab,” Ramesh Singh told TOI. 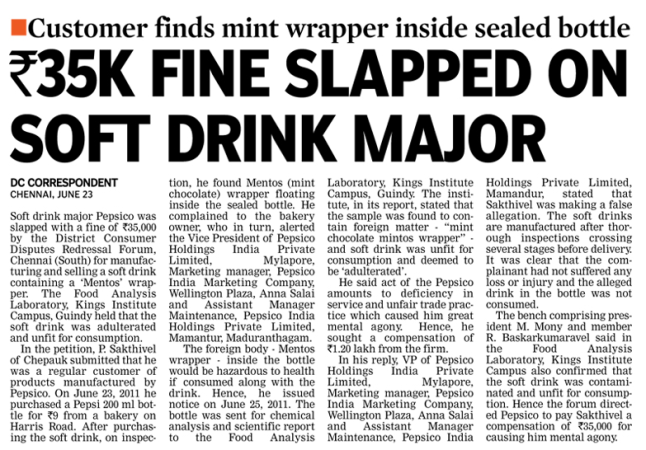 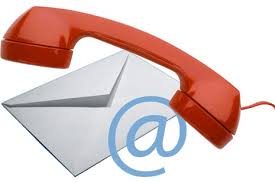 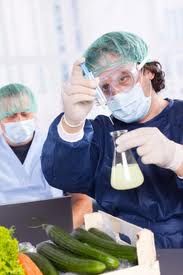