Draft norms impractical; may hurt product quality: industry
The Food Safety and Standards Authority of India (FSSAI), which is in the process of overhauling the labelling regulations for packaged food products, has begun a nutrient threshold study to assess the current market scenario.
The draft regulations propose colour-coded labelling to enable consumers to identify products that are high in fat, salt and sugar (HFSS) products.
The draft regulations had proposed certain thresholds and packaged products display red-color coding if levels of saturated fat, salt and sugar are higher than the prescribed threshold levels. However, industry had called these nutrient thresholds “impractical”, and had raised concerns that if implemented in the current form, would require majority of products to display red-colour coding on their labels.
The industry associations in their submission said that stringent thresholds will have an adverse impact on product quality and may lead to loss of consumer preference. Minister for State for Health and Family Welfare Ashwani Kumar Choubey informed the Lok Sabha in a written reply on Friday, “The FSSAI has notified draft Food Safety and Standards (Labelling and Display) Regulations, 2019, on June 25, 2019 for inviting public comments. Around 900 comments were received. In addition, industry associations also raised concerns on the specified thresholds of salt, sugar and fat and requested to contextualise thresholds based on Indian scenario.”
He added that the Ministry of Food Processing has also urged the FSSAI to constitute a working group to review the thresholds.
“The Scientific Panel concerned deliberated upon the comments and recommended to constitute a Working Group and to initiate a study to obtain market-validated, category-wise baseline data for reviewing the thresholds. Accordingly, as per the Scientific Panel’s recommendation, the FSSAI has initiated a nutrient threshold study to assess the current Indian market scenario,” the Minister stated in his reply.
Revised ‘honey’ standards
In a separate reply to a query raised whether reduction in pollen count from 25,000 to 5,000 in the revised standards for Indian honey is disincentivising honeygrowers, the Minister said,
“The FSSAI informed that revision in pollen count requirement has been made based on the inputs received from the experts from the Indian Agricultural Research Institute (IARI) and the Central Bee Research and Training Institute (CBRTI), representing the true picture of pollen count in Indian honey.”

Did you know traditional Indian sweets have different spans of shelf life like packaged food products? For instance, khoya burfi has a shorter shelf life than the boondi laddoo.
According to a guidance note on traditional Indian milk products released by Food Safety and Standards Authority of India (FSSAI), the shelf life of Indian sweets depends on the kind of ingredients used in them. It is the responsibility of packaged food manufacturers to clearly mention the date of manufacturing and ‘best before’ or ‘use by’ date on the labels.
Mandatory labelling
“In case of pre-packaged milk products, the list of ingredients and the date of manufacturing and best before or use by date should be mentioned as prescribed under the FSS (Packaging and Labelling) Regulations, 2011,” FSSAI stated in its guidance note.
Even in the case of non-packaged or loose sweets, the food safety authority recommends that the container or tray display information including whether the food item contains oil, ghee or vansapati.
Shelf life
So what needs to be consumed on the day of purchase? FSSAI says Kalakand and its variants such as Butterscotch Kalakand and Chocolate Kalakand should be kept at room temperature and consumed the same day.
Milk products and Bengali sweets should be stored in the refrigerator and consumed within two days, it adds. They include sweets such as badam milk, rasgulla, rasamalai, shahitoast, rajbhog among others.
Sweets that are made in khoya format besides certain variants of laddoo should be consumed within four days. So traditional Indian sweets such as milk cake, mathura peda, milk/pista/coconut burfi, and boondi laddoo should not be eaten after fourth day.
Durable sweetmeats
What can be stored and consumed for a longer duration? Sweets that contain ghee and dry fruits can be consumed within seven days, according to FSSAI. This include kaju katli, ghewar, shakkar para, and dryfruit/aata/besan laddoo.
Take a look at the complete list of sweets and their shelf life by FSSAI
So make sure you don’t eat traditional sweets past their shelf life and ask the sweets vendors for information on date of manufacturing.

The Food Safety & Standards Authority of India (FSSAI) has issued draft regulations which would aim to mandate packaged food companies to label sugar content of products. These companies have to label high fat, sugar and salt contents in front of the package in red colour.

Currently, most of the packaged food firms print nutrition details of the contents that include their recommended daily values, at the back of the package. In a bid to encourage customers make healthier food choices, these regulations propose to make it mandatory to display red colour-coding on front-of-the-pack labels on packaged food products that have high-fat, high-sugar and high-salt content levels. This requirement would be implemented in a phased manner for a period of three years, FSSAI said.
FSSAI said food labels will declare, per serve percentage contribution to recommended dietary allowance on the front of the pack. Members of the Indian Sugar Mills Association (ISMA) & National Federation of Cooperative Sugar Mills that represent both private and cooperative sugar sectors then met the chairman of FSSAI to oppose the draft policy.
For the country’s sugar millers which are already reeling under the impact of falling prices and a piling inventory, this move could come as a major blow as it would imply that consumption of sugar is harmful for health. 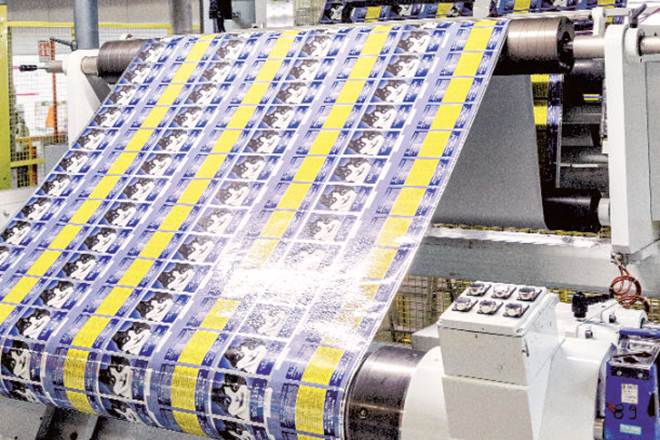 The country has been planning these rules, as early as two years ago, requiring food manufacturers to display fat, sugar and salt content on their labels and had been also considering a nationwide “fat tax” on so-called “junk food” to encourage consumers to make healthier food choices. Prakash Naiknavare, Managing Director, National Federation of Cooperative Sugar Factories (NFCSF) termed this as a wrong move at a wrong time. “The industry currently has its back against the wall with a record inventory of the previous season and the current season and there are no sales happening. There is no lift in the market and most importantly, there is no evidence to suggest that the consumption of sugar is harmful. Anything consumed in excess is harmful and in a poor country like India, sugar is the cheapest source of energy. One cannot club sugar in the same class as alcohol, cigarettes and white cocaine.” 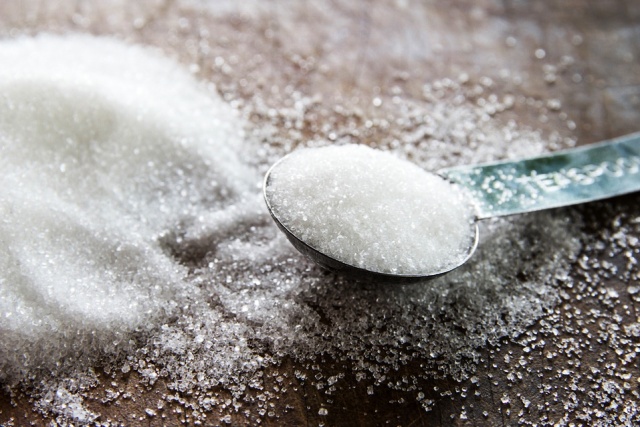 Six months ago, the federation had taken up the issue when a workshop was held to impress upon the FSSAI officials to substantiate its stand. FSSAI Chairman had then agreed to put the draft regulations on hold. “Now that it has been revived, we will have to renew our efforts,” he opined.
Maharashtra State Cooperative Sugar Factories Federation MD Sanjay Khatal highlighted that FSSAI needed to reconsider its decision in respect of sugar. “Sugar is a food item essential in terms of requisite blood sugar and energy for the body. It is not an intoxicant requiring statutory warnings. The pressure groups working against sugar and lobbying with governments across the world need to instead focus on educating the need for active lifestyles by individuals consisting of daily exercises and reducing stress. World over where malnutrition is an issue, sugar intakes are pathetically poor and needed to taken note of, too,” he added.